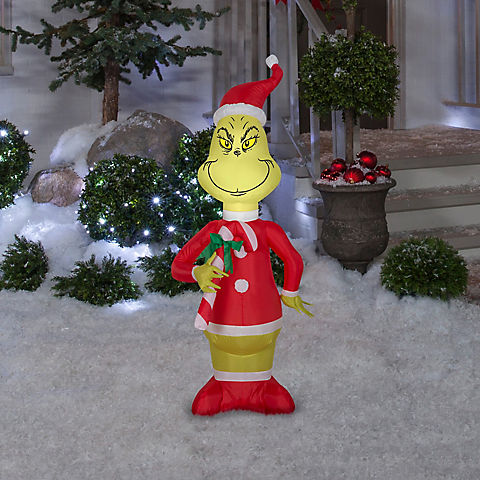 Product Overview
Fans of How the Grinch Stole Christmas will love the Gemmy 4' Airblown Inflatable Grinch with Candy Cane. Decked out for the season in a Santa suit and holding a candy cane, the Grinch inflatable makes an eye-catching addition to your indoor or outdoor Christmas decorations. The setup is super simple: Just plug it in, stake it down and watch the magic unfold. Display this Grinch Christmas inflatable as a standalone or combine it with other Airblown Inflatables to create a custom scene. Includes everything needed for easy setup. 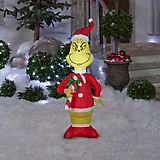