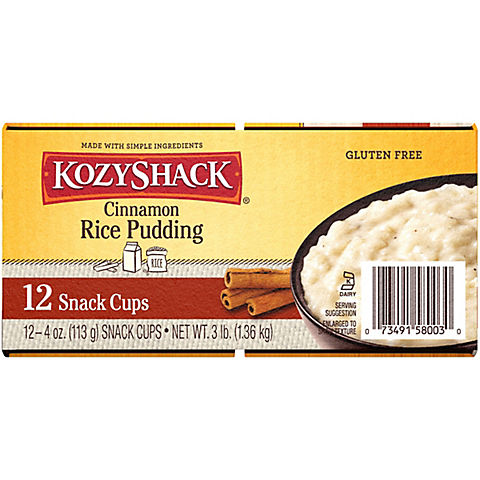 Add to List
Product Overview
Made in USA
Kozy Shack Cinnamon Rice Pudding is crafted with simple, quality ingredients. This cinnamon rice pudding is just like the original Kozy Shack recipe, but with cinnamon added to every bite. Kozy Shack Pudding is more than just a delicious and satisfying snack. It transports you to your Inner Kozy, where comfort surrounds you with each delicious bite. Kozy Shack uses their tried-and-true recipes to craft each batch with the same simple ingredients you'd find in your own kitchen. With Kozy Shack Pudding, you can enjoy comfort your way. 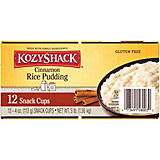