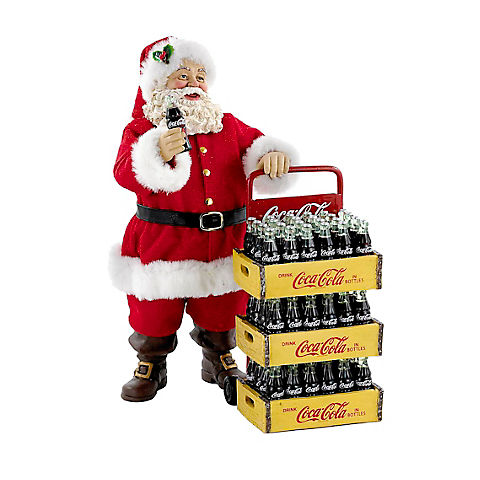 Product Overview
Add a touch of nostalgia to your holiday décor with this 10.5" Coca-Cola Santa with Delivery Cart Set of two Pieces from Kurt Adler. Santa Claus is featured here in his signature red and white suit. He is holding a bottle of Coca-Cola in his hand. Included is a cart which is carrying three large cases of Coca-Cola bottles. 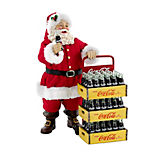