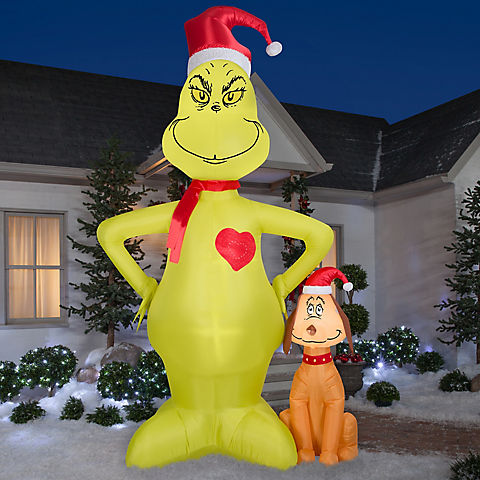 Product Overview
Fans of How the Grinch Stole Christmas will love the Gemmy Airblown Inflatable 11' Giant Animated Grinch with microLED Heart and Trusty Dog Max. Decked out for the season in a red satin Santa hat with fuzzy accents and scarf, the 11' Grinch features a microLED heart that grows three sizes. Joined by his trusty dog Max with a matching red satin Santa hat with fuzzy accents, the Grinch turns his head side to side for an eye-catching addition to your Christmas decorations. The setup is super simple: Just plug it in, stake it down and watch the magic unfold. 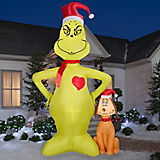