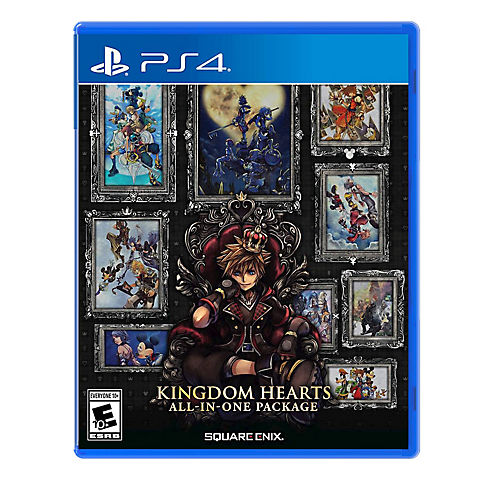 Add to List
Product Overview
Join Sora, Donald, and Goofy as they embark on a journey to stop the darkness from overtaking the universe in the Kingdom Hearts All-In-One Package. Wield the magical weapon known as the Keyblade in epic battles alongside iconic Disney and Pixar characters. Jump into action with spectacular team-up moves and powerful magic spells to save beloved Disney and Pixar worlds.