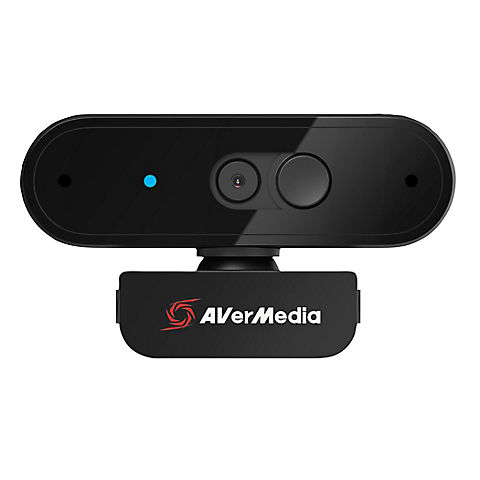 Product Overview
The AVerMedia PW310P 1080p Autofocus Webcam streams and records video at full HD 1080p at 30fps, perfect for video calls and remote learning. It features an autofocus lens, with the option to switch to fixed-focus, to stream clear video even when objects are close to the lens. Adjust video settings such as brightness, contrast, sharpness, and more, in order to get the most desirable appearance in any environment. Moreover, its 73° field of view is great for various video collaboration scenarios. Equipped with built-in dual microphones, the PW310P captures and amplifies the speaker's natural voice with clarity.

The PW310P webcam's design incorporates several features for maximum ease of use. It is equipped with a built-in privacy shutter to prevent unintentional capture and protect against hackers. It also features 360° swivel, so it can be rotated to the most optimal angle. Any standard tripod with a 1/4" thread can support the PW310P for further mounting flexibility and stability in setting up the camera. This webcam is compatible with Windows 7 or later, Mac OS 10.14 and up, and Chrome OS 85.0.4183.131 or above. It can be used with most popular video collaboration platforms, including Zoom, Microsoft Teams, Skype, Google Classroom, and more. Powered by a USB 2.0 connection, simply plug the webcam into your computer to start your video call. 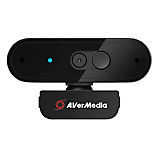