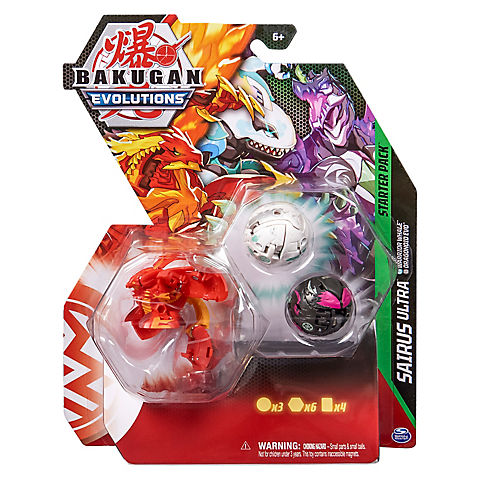 Add to List
Product Overview
The Bakugan Starter Pack has everything you need to roll into action. Add two epic Bakugan from Bakugan Evolutions, one mighty Bakugan Ultra, six powerful BakuCores, and collectible character cards (all included) to your collection. Roll your Bakugan over the included BakuCores to pop open Baku-Action or choose your Bakugan Ultra to unleash an epic leap open transformation. Plus, use the included Gate-Card for even more ways to play and earn bonuses. With new and returning characters, these Ultra Bakugan all feature awesome detailing and Faction symbols. These mysterious Bakugan feature new shapes and unique transformations for even more battling power. Collect all your favorite Bakugan characters as seen in the Bakugan hit show (on Netflix). There’s over 200 Bakugan to collect. Build your collection, trade with friends and battle. Who will emerge victorious and become the ultimate Bakugan Brawler? Roll into action with the Bakugan Evolutions Starter, 3 pk. 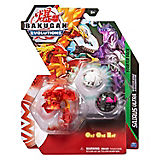