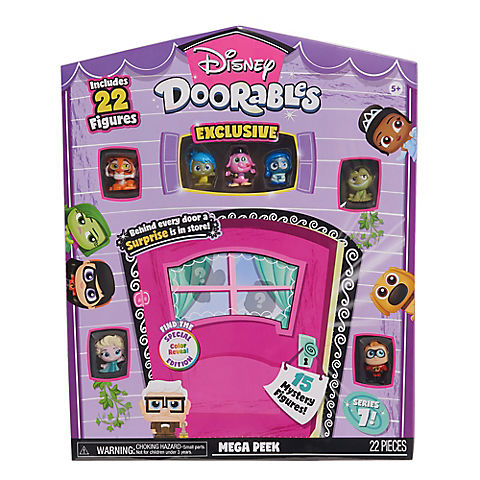 Product Overview
Behind every door, a bigger surprise is in store with the Disney Doorables Mega Peek – Series 7 collectible figures. Unbox 22 figures, including 15 mystery figures, and three exclusive figures with special finishes from Disney Pixar’s Inside Out. Imagine the fun of recreating favorite scenes – and inventing new adventures for beloved Disney characters. The packaging even doubles as a house-themed setting for play and display. Each character stands approximately 1.5" tall and has signature Disney Doorables stylized detailing and glitter eyes. Exclusive figures include Joy, Sadness, and Bing Bong from Disney Pixar’s Inside Out. The 10 mystery figures are an exciting assortment from Series 7 including characters from the stories of Disney’s Beauty and the Beast, The Princess and the Frog, The Jungle Book, Frozen Summer, as well as, Disney Pixar’s The Incredibles, Up, Inside Out, and more. Ideal for collecting and trading. Recreate the world of Disney with all the Disney Doorables collectible figures and playsets. A fun toy for kids ages 5+.

Safety Information: Not Intended For Children Under 5 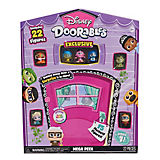