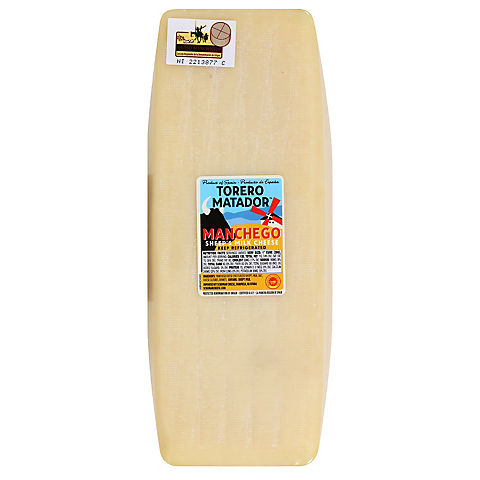 Add to List
Product Overview
Rooted in the La Mancha wilderness of central Spain, Manchego hails from milk of the Manchega sheep. Fostered on the pastures in the heartland of Spain, this semi-hard cheese is identified by its distinctive herringbone rind and sweet flavor. Symphonic strokes of fruits and nuts resonate in clear unison along zesty undertones of piquancy. Induced by the woven mold of grass, unique to Manchego, aromas of dried herbs marinate the interior in vivid contrasts.

With flavors sharpening with age, so does the texture. Past the inedible rind, the ivory-colored body crystallizes as seasons pass, going from open to granular and flaky in the span of a year. Tiny pores lace the interior, adding to the granular texture as it ages. As the consistency hardens, the flavors deepen, becoming more rounded and toasty in their nuances. Paired with honey, almonds or marmalade.

A staple in Spanish cuisine, Manchego lingers on your palate longer than it stays on your plate.

HOW MANCHEGO IS MADE The creameries are often placed in short distance of the pastures, making time spent in transportation, almost non-existing.

Flowing from large containers, cool milk is poured into heated vats, adding culture and rennet as it's stirred. This triggers the coagulation of the sheepâ€™s milk, producing a firm curd. It is then cut and separated for it to strain off excess whey. Once drained, the broken curd is stowed into their molds. Artisan cheeses typically use traditionally grass-woven molds, whereas industrial versions use ones of plastic. The curd is then compressed in their molds, fully draining them of any remaining whey. Before being deemed ready for aging, the cheese is soaked in brine, a mixture of water and salt. Set to age, the cheese is brushed in olive oil, locking in moisture and flavor, while still allowing it to breathe. Fresh Manchego is aged for a minimum of only two weeks, while some spend more than a year maturing.

Most Manchego variants are unpasteurized, using only raw sheepâ€™s milk in their production. These natural ingredients, without fillers or preservatives, make it completely free of gluten. For the most intense flavors, animal rennet is favored, making most Manchego unsuitable for vegetarians. 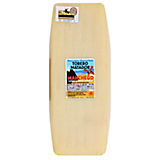