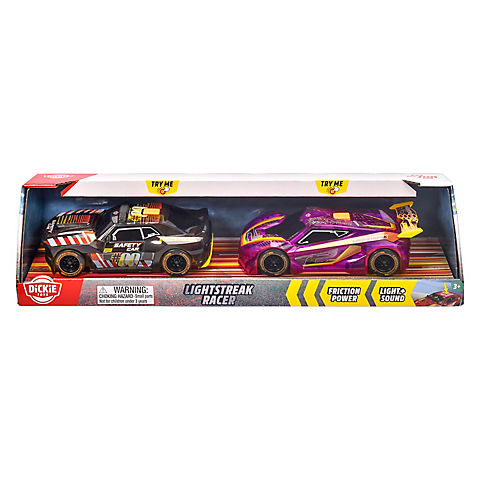 Add to List
Product Overview
Straight onto the unlimited play world with the Lightstreak Twin Pack from Dickie Toys. There are no speed limits as far as the Lightstreak Racing Cars are involved. The Friction powered vehicles feature an exciting light change sequence and sound function that create an amazing impression. Simply unpack the Lightstreak Vehicles from Dickie Toys and let them into the action on the playroom racetrack. Children aged 3+ will love these speedy little toy sports cars. 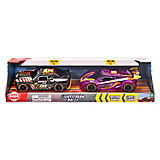