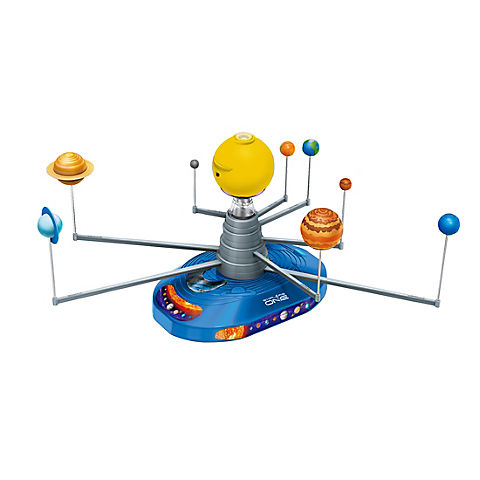 Product Overview
Aspiring astronomers can dive into the world of planetary science with the Amazing DIY Solar System Portable Projector from Explore Science. With this kit, junior explorers will build a replica of the solar system complete with orbiting planets. After positioning the planets around the orbit point, users can experiment with different rotation speeds. A platform in the center of the model is designed to hold the portable projector, which can be used to cast images of Mercury, Venus, Earth, Mars, Jupiter, Saturn, Uranus, and Neptune on the ceiling or walls. An illustrated instruction booklet with educational materials is included. 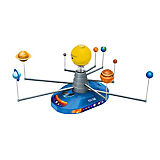