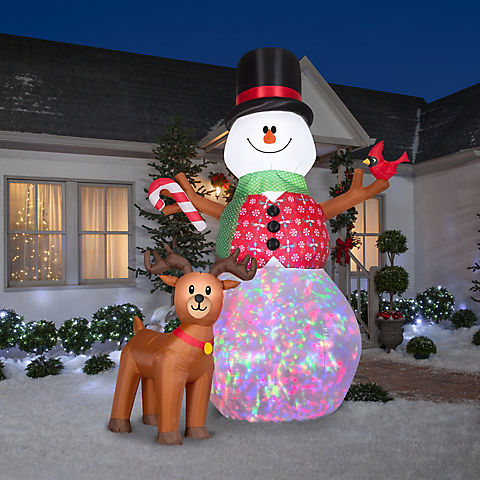 Product Overview
Celebrate the season with a Gemmy 10' Airblown Inflatable Animated Snowman and Friends. The dapper snowman wears a patterned vest and holds a red bird in one hand and a candy cane in the other. The snowman's belly lights up with glittery Kaleidoscope lights and his head turns left to right. Includes a charming reindeer pal. The setup is super simple: Just plug it in, stake it down and watch the magic unfold. Display this giant snowman inflatable as a standalone or combine it with other Airblown Inflatables to create a custom scene. 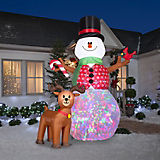