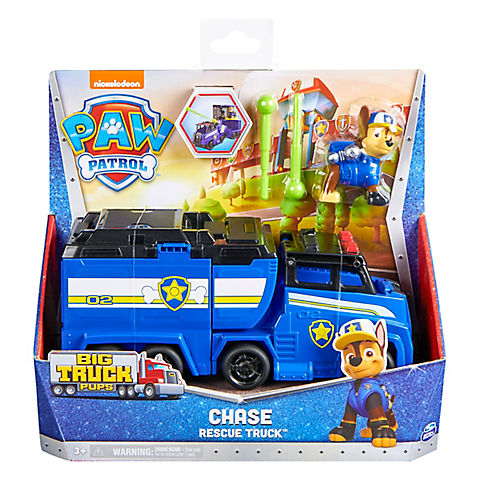 Add to List
Product Overview
Team up with Chase for some action-packed highway rescues, in his Big Truck Pup - Rescue Truck. Chase’s big rig rescue truck features an exciting vehicle transformation. Simply lift the truck cab roof, to get Chase in and out of the driver’s seat, then tilt the truck trailer forward and raise the trailer roof to activate command center mode, which converts the truck trailer into a two-story command center and reveals the rescue projectile launcher, making it the perfect rescue vehicle for high-speed highway rescue missions. With Paw Patrol toys, a kid can explore his or her imagination and develop their motor skills through pretend play as they relive their favorite scenes from the show, like the Mighty Pups and the Paw Patrol Movie, or create entirely new adventures, with all of the Paw Patrol pups (each sold separately). For even more fun and exciting series-inspired missions, bring home the Big Truck Pups action figures and their team vehicles for endless hours of action-packed adventures (each sold separately). 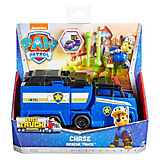