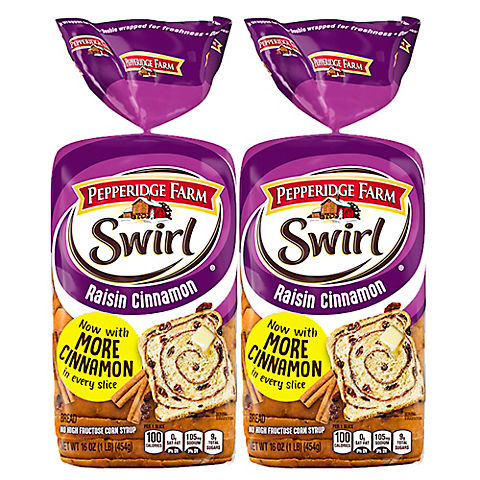 Add to List
Product Overview
Made in USA
With the fresh taste of raisin, Pepperidge Farm Raisin Cinnamon Swirl Bread is going to make your breakfast hour a little sweeter. Have it itself, as the combined taste of raisin and cinnamon would never fail you. To amp up the taste spread some cream, cheese or butter on it. You can also stuff these bread slices with your favorite stuffings to make mouthwatering sandwiches. 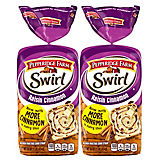