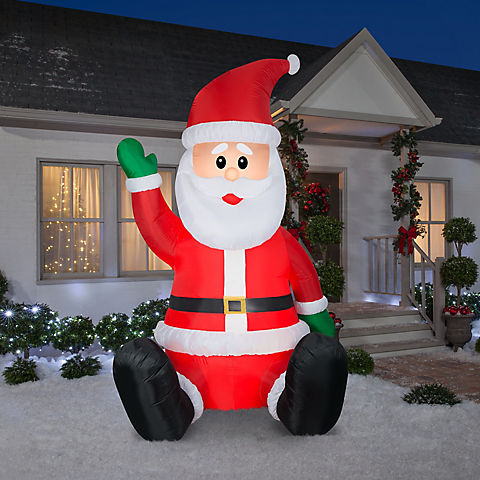 Product Overview
Deck the yard with a Gemmy 10’ Airblown Inflatable Sitting Santa. Dressed for the season in his Santa suit and green mittens, the 10' Santa makes an eye-catching addition to your outdoor Christmas decorations. The setup is super simple: Just plug it in, stake it down and watch the magic unfold. Display this jolly Santa holiday decoration as a standalone or combine it with other Airblown Inflatables to create a custom scene. 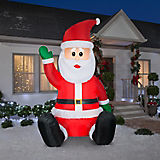