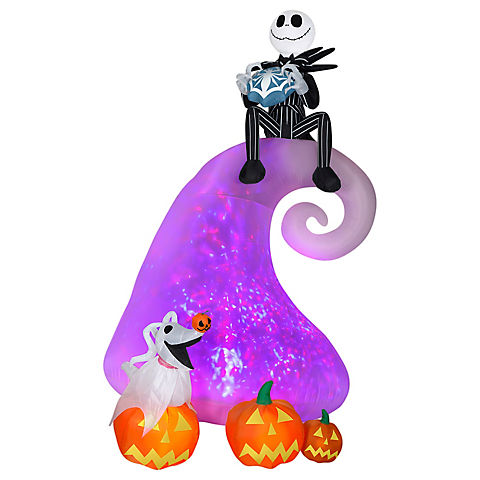 Product Overview
Fans of The Nightmare Before Christmas will love this giant animated Airblown Inflatable featuring Jack Skellington atop the iconic spiral hill in Halloween Town's graveyard. The spiral hill lights up with colorful, swirling Kaleidoscope technology for an eye-popping display. Accented with an animated zero and three jack-o'-lanterns, the 9' Nightmare Before Christmas inflatable makes a spooktacular addition to your Halloween decorations. The setup is super simple. Just plug it in, stake it down and watch the magic unfold. Display this Disney Halloween decoration as a standalone or combine it with other Airblown Inflatables to create a custom scene. 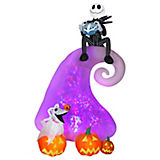