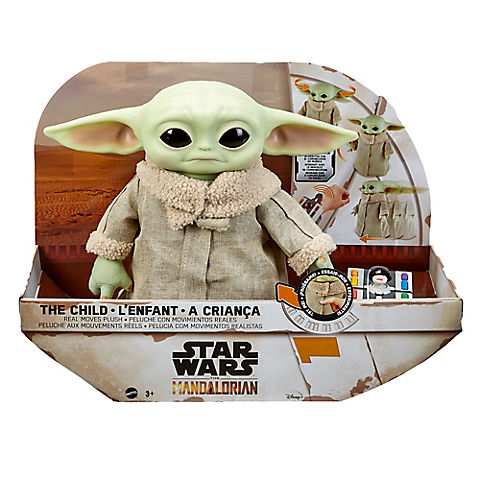 Product Overview
This Star Wars Grogu, The Child, 12" Plush Motion RC Toy fom The Mandalorian is for movie fans of all ages, 3 years and older. Fans will fully want to embrace the cuteness of the adorable, 50-year-young, 12" RC plush Grogu toy that includes motion and sound features. He may look like a "Baby Yoda," but this lovable creature is referred to by those who know and hunt him as The Child. Put on the remote control wristband to begin Mandalorian-inspired adventures with four modes of play! Push a button, and The Child will follow fans around, play hide and seek or just adorably wander. The remote also prompts sounds and head movements! Inspired by the Lucasfilm live-action series, The Mandalorian streaming on Disney+, this sweet Star Wars Grogu plush toy makes a fantastic addition to any fan's Star Wars collection. Colors and decorations may vary. This 12" The Child remote-controlled plush toy will capture the hearts of Star Wars™ fans everywhere! 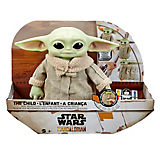