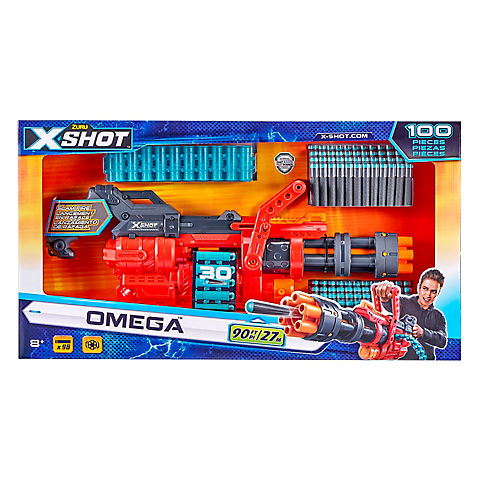 Product Overview
The X-Shot Excel Omega is the ultimate blaster you have been waiting for. You can annihilate your opponents with a single shot function from up to 90' away. When the heat of the battle intensifies, unleash your 30 dart belt with Slam-Fire and take out the enemy with an inferno of flying darts. You can blast up to four darts per second in Slam-Fire mode, and see your auto-rotating barrel release the award-winning X-Shot darts. Once you empty your dart belt, simply refill with the massive 98 darts it comes with and gets back into the action. 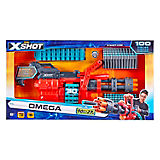